Linda Ackah-Mensah is a young daring ambitious woman, who embodies the mantra of Go Big or Go Home!

She wears many hats- an actress, and a student politician, just to mention a few.

Currently, Linda is vying for the position of SRC Vice President at the University of Ghana. She is the running mate to Curtis Owusu Akomeah.

Can you take us through the memory lane of your childhood days?

I haven’t had bumpy roads because my parents have been there for me and I am the second born of 3 children. It’s been an amazing learning experience, to be honest.

What are your fondest childhood memories?

My younger brother got lost for two days and when he was found, there was merrymaking to celebrate his return. This memory has stayed with me ever since.

After JHS, you got admission to Mfantsiman Girls Senior High School, arguably one of the best Girls SHS in the country, where you pursued General Arts. Can you tell us about your Mfantsiman experience?

If you do not agree that Mfantsiman Girls is one of the best Girls’ Schools in the country, that is your problem.  I was really excited about going to Mfantsiman because it was the first time I will be on my own and learn to make decisions on my own. Mfantsiman groomed me, it was a place where you dare not do the wrong thing because you can’t escape the punishment. Mfantsiman will shape your attitude, behaviour and personality.

What leadership positions were you holding during your Mfantsiman days?

I was the Organizing Secretary for GHAMSU, “Writers President” for the Writers and Drama Club, CAMFED President and the Library Prefect.

I have seen the likes of David Nii Adjaye, Jerry Biscoffe, Yao Selorm, some members of Strictly Social Africa and Samia Nkrumah participate in the Signature Pose.
What is the Signature Pose about and what inspired it?

I am not too photogenic, so I struggle with posing. One time, I decided to do a silly yet unique pose and that’s how the signature pose came about. Anytime I do it, people are attentive and find it funny.

Since then, I found it to be good. That is, a way to draw other people to be in the moment and drop some of the stressful baggage of life.

I ‘stan’ you, an unapologetic feminist.
Who is a feminist and how does one become a feminist? 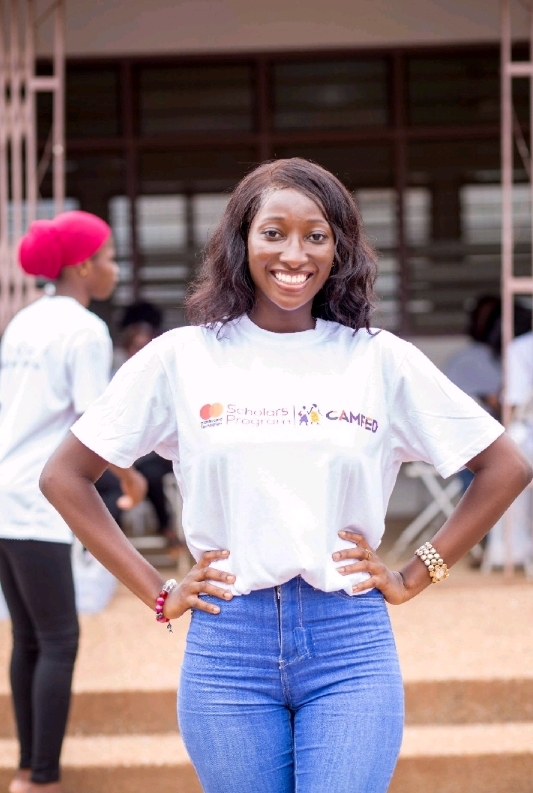 If you believe in this idea, then you are a feminist,  it’s that simple.

Most men in Ghana run away from ladies who are feminists. Most of these feminists they’ve had personal interactions with are uncouth, they speak vile and will not mind taking them to the cleaners. Is this assertion about feminism true?
What do you think can be done to change such perceptions?

People who portray this attitude in the name of feminism aren’t feminists. Therefore, such assertions are false. They are at best a radical or conservative feminist and people shouldn’t use that as a defining lens to say feminists are uncouth and vile. These are generally the attitude of these folks and are mutually exclusive from what feminism stands for.

Do you know the American male Comedian Dave Chapelle? He publicly supports feminism and called himself a feminist at one of his shows.
Can men be feminists too?

Everyone can be a feminist, men inclusive. In fact, of the feminist figures, I have in my life who is a male is my dad and my younger brother.

You don’t need to have a tag, once you believe and your actions are tailored towards feminism, then you are a feminist.

Awesome, now that we’ve established that men can be feminists too and not only women, why should we all be feminists?

How’s the journey been politically and academically for you?

To be honest, it hasn’t been easy, I have missed certain classes which I am the rep for. Politically, it’s been quite a learning experience. I have met a lot of people and I have been able to convince those I have met about my ambitions for the University of Ghana and why they should vote for me.

What are some of the challenges you encountered politically and how did you navigate them?

The most pressing challenge is finance. Because I didn’t plan well before zooming into campaigning. I have good friends who have supported me financially, I’ve also used a lot of my personal funds and since I’m a member of organizations like Camfed, Kuffour Scholars and Code57,  I have gotten some monetary support from them (although, the process was highly bureaucratic) and I appreciate them for it.

Second, is trying to convince people that I can do it; that I am capable; that I  have the experience and that they should vote for me.

I will love for you to clear the air on a pressing issue. Why did you back out from the UG SRC Presidential Race and settled for the Vice President?

Do you think you’ve betrayed people, especially ladies who were rooting for you to win and change the narrative since it’s been a very long time since a lady has contested in the Presidential Race? 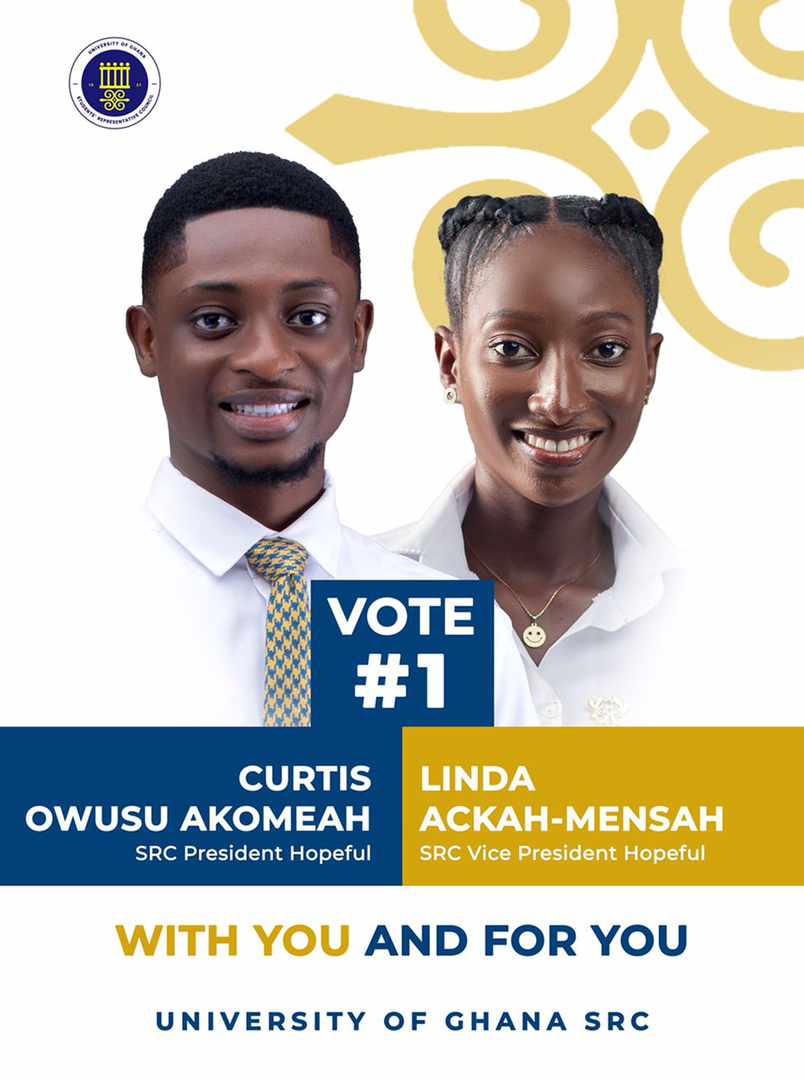 At the University of  Ghana, you will have to team up during the filing stage since not everyone can be president. I was the only female in the race and none of the males wanted to team up with me to be my vice, as such I will have to forfeit the race if I wanted to still be President. I had to do an introspection and I decided to team up with Curtis and be his Vice since our goals aligned and that will also grant me the chance to make the positive change I seek, should we win. It was a game of either compromise or lose it all and I do not think I betrayed anyone.

I have three funny yet tricky questions for you. Are you ready? Take note, choose just one and explain your reason for that choice.
Money versus Love, which are choosing and why?

I will choose love because love conquers all. And for some reason, I know I will be very rich so whoever marries me wouldn’t have a problem with money.

Signature Pose versus being a feminist, which are you choosing and why?

Signature Pose, because everyone needs it. It helps you relax and stop worrying just for that moment.

Movies versus Music, which will you opt for and why?

What are some of your policies?

What will you love to tell Students of the University of Ghana?

It is my commitment that I will be able to serve in student interest.  That is why I’ve put myself up for the election.  If you think I can, the best way to prove it is to vote for me.

If you don’t think I can that’s okay. However, your reason shouldn’t be because I’m a lady because no one will be working based on their “genitals” but based on their competence.

What are your final words for young folks (especially ladies) who are inspired by you and what you do?

Me inspiring them and them being inspired is an inspiration to me.